Dave and I left Thursday April 18th for a whirlwind trip to Japan.The goal was to see three cities:Osaka,Kyoto and Hiroshima:mission accomplished.

We landed in Osaka and found our way out of the airport .We thought it would be easy to grab a taxi:sure, if you were willing to pay $250 CDN for one! No way!

So we jumped on the bus and they dropped us at Osaka Station. We took a taxi to “Shin-Osaka” where the Courtyard Marriot was.

The next morning, April 19th we got up at 7am and jumped on the Shinkansen bullet train. I had previously booked the tickets but only “one way” which was a good choice.

It was so easy from the Courtyard Marriot as it is literally two minutes from the station.

The Shinkanesen tickets are expensive though. We went off to Kyoto and saw the Inari shrine.

I think Inari is a Shinto shrine.I like Shintoism!

10 Differences Between Shinto and Buddhism

After that we went to the Geisho show in Gion.

It was super slow moving but very beautiful.Dave fell asleep and I nearly did too. It truly was gorgeous but we were so tired. I was entertained by a very bratty family of kids that kept fooling around.Their Granny was getting so upset and embarrassed.

After that we found a Ramen place called Ramen Non

The little  Sapporo beers were awesome! 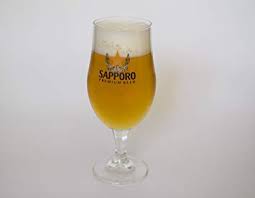 We also walked around Kyoto looking at various shrines.Later that evening we returned to Osaka. While we didn’t see a lot of Kyoto, we managed to have three great experiences.

This was an experience. We walked up and down, up and down, trying to find the location on Shintaro.Of course if we could read Japanese, it would have been easy.

Finally we took a chance and knocked on the door. Previously a man, at the end of the street, wrote out the characters for us:we searched for them and yes, we found them. We knocked on the door.An elderly lady with a long gray pony-tail answered. We asked if we could come in.She said “just a moment”.She returned saying, yes we could come in, but we had to understand it was 8000 yen pp for dinner and it was set menu. Dave said “ok”, which surprised me!

We sat down. The lady offered Dave a beer and me some sake. It was the best sake ever.I had previously given up on sake as the sake I had in Bangkok was rubbish! But this sake, wow it was divine. And then slowly the tempura dishes arrived. Each piece was cooked to perfection and the only dipping sauce was a bowl of crushed salt.

There were two chefs who did their tempura dance and three waitresses behind us. Basically we had a private waitress.She poked her head around to me and said “you lika more sake?” “Sake it to me!”

Dave and I shared the 2nd one. Sake is strong but it hits you like wasabe and then disappears.  Yes the whole meal cost us $250 CDN but it was worth every penny.

Well it might be 4/20 for some, but we spent it at Hiroshima. What a sight to see.So many stories.The irony is ,out of the ashes, Hiroshima rose and is now one of the most livable cities in Japan. We took a # 6 tram to the Atomic Dome, which is called the “Hypo-centre” of Hiroshima.From there we spent nearly two hours in the Peace Park.the main museum was closed to renovations. That would have kept us there at least another 2 hours.There were so many stories too numerous to tell but the most moving one for me was this: a young good looking male teacher, at the hypo-centre, tried desperately to save his students by throwing them in the water cistern so they wouldn’t burn. What an act of heroism.It made me proud to be a teacher, but horrified nonetheless. It is a lot to take in. You need to go slowly through the Peace Park.When the museum re-opens I think you need to give it at least 3 hours to take it all in.

From there we walked to Hiroshima Castle and then back again to the main street area.We grabbed lunch at Junia.They specialize in the soul food of Hiroshima, called Okinonayaki-the Japanese pancake. It was delicious and a site to behold.The Sapporo beer washed it all down!

That evening we returned on the Shinkansen to Osaka. We had a bit of a sleep, likely brought upon by eating Mcdonald’s for breakfast two mornings! Also we ate some just coming off the Shinkansen. It was quick and easy.

We woke up around 830pm and went to Commodo, a Jazz Club in Osaka. It was great.

We met some great people there and I was able to take Japanese style Sochu-which is very different from Korean Soju.

Next morning was Easter Sunday.We went to Mog’s pancakes, but they weren’t very good. We meant to go to Micasadeco Cafe but I didn’t have data on my phone.

Oh well….on our travels we saw this fabulous French restaurant! Too bad we didn’t find it earlier-it was on the way to more Shinto Shrines.

We returned to the Courtyard Marriot Shin-Osaka and made our way to the airport train.

It was easy to take the JR line straight to Kansai airport. We were bumped up to Business Class and that was divine. All in all a wonderful holiday. The best part was Hiroshima by far. Out of the ashes, a new city has arisen, and it is a great place!