“And there’s no feckin’ thing called a Square roundabout”. I remember singing this Irish song in JJ’s. In 2011 the news media had taken to called the Pearl Roundabout “Pearl Square”. They were trying to align “Tahrir Square in Cairo, with Bahrain. Arab revolutions were kicking up all over the place but as people on the ground, we knew it was goin’ nowhere.The so called ARAB SPRING came to a halt mighty quickly. 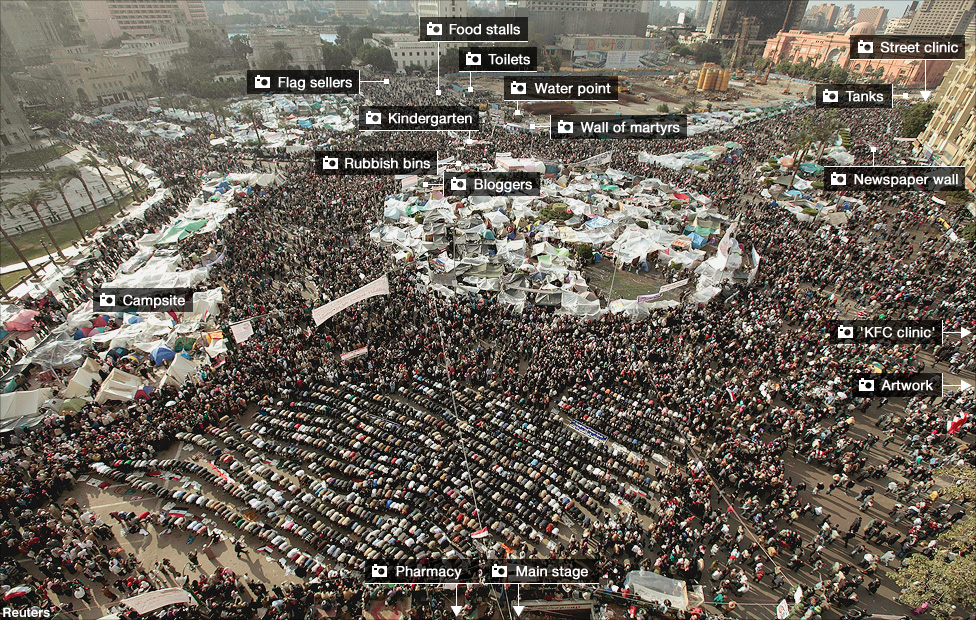 You can see the pink Cairo museum in the background. Anyway Bahrain thought they’d have a go at this in 2011. Dave managed to get tons of photos right on the ground in the “Pearl Roundabout”. I was way too nervous to go down there.I stayed in the Mall with Meg. There had been rumours of mad Shias running through the Mall threatening people.

There she is: the once “Pearl Roundabout”. Well we got home that Thursday evening. The next morning , up in Jubail I called to Dave:

“You better come see this”.The Saudis had rolled in the tanks and destroyed the Pearl Roundabout-mowed down everything in sight. Let this be known: all the bleeding heart liberals in the world needed to take note:while you were  singing Kum by ya, and “calling out” people who don’t agree with the alt left agenda,  the Saudis are rolling across the border taking care of business. They had absolutely no regard for the Bahraini Shias. In fact, a Saudi Sunni would rather deal with me, a Catholic, than a Shia. It’s quite ridiculous. It was then I realized that the rule of law did not and would not EVER apply in Saudi Arabia. Flash forward to 2018 and the horrible murder of Mr Kashoggi.I called that three years ago when I said to Dave:”that poor man, if he doesn’t watch what he says, they will get him and they will kill him”. Didn’t take a genius to call that one. Utterly sad but true. 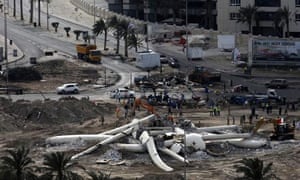 That’s what the Saudis did to the Pearl Roundabout. It was a frightening time. They still have never re-built it and I don’t think they ever will.the ruling Sunni minority doesn’t want a symbolic place for the Shia to gather. Yikes. That was about as scary as it got for us overseas, especially when we drove into a “black flag” Shia neighbourhood in Bahrain. Nice enough people, but boy, we did NOT belong there. We turned around pretty quickly.We were trying to find the Rugby Club -we were playing music there, and we definitely took a wrong turn! 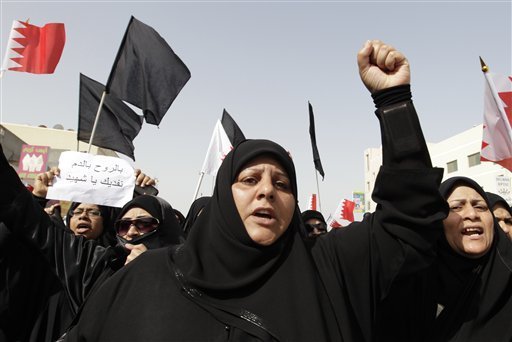 I also remember quite vividly driving into the midst of a MASSIVE Shia uprising in Bahrain. They were shouting “Down with the King”.Mike Gorrie was driving along peacefully saying “I just golfed with him yesterday!” We were chanting “Up with the King!” in the car, just to take the mickey. But honestly, I was bloody nervous.

We kept going, Mike driving very, very slowly through the march. I mean, they could have overturned our vehicle and torched us, but they didn’t. This is what we drove through: Well, we survived it! I’d like to go to Bahrain again just to see what’s going on, but maybe I’ll wait for a bit. Those were tense times but boy was it interesting!

After much demand I have published the Lyrics for the Square Roundabout and would ask for all left on the island to sing it in unity across the Island at 3 pm this afternoon.

I’ve been in the Middle East for many a year,

…And I ‘ve spent on all my money on whiskey & beer,

This week I was shocked when I wandered on out,

For  Sky news told the world of the  square roundabout

Yes  we CAN  hear you shout

Could there be such a notion

I went to the city to check it all  out,

There were  thousands of people at the Pearl Roundabout,

You could get cups of tea and popcorn galore

They even had tents for to  sleep on the floor

Six hundred thousand came out on the streets,

The Sunni’s & Shia’s tried to figure it out,

Could there be such a thing as a square roundabout?

The word went to Saudi and the good King found out

He decreed he must glance at  this square roundabout

And demolish this thing called a  square roundabout

Thanks to Sky News, Al Jazeera & the BBC,

They sent pictures worldwide for the whole world to see,

That there’s no f— ing  thing as a square roundabout

Yes I  CAN hear you shout,

As a square roundabout